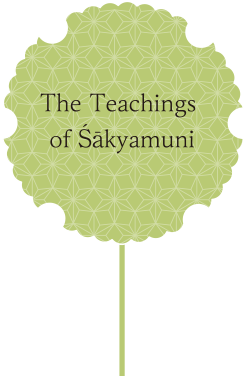 During the period following his enlightenment at the age of thirty-five and up until his death at the age of eighty, the Buddha Śākyamuni untiringly expounded his teachings without a day of rest. His teachings were adapted to the capacities and circumstances of his listeners, just as medicine is adapted to the needs of the patient, and as a result the number of scriptures recording his sermons reached vast proportions.
After Śākyamuni death, his disciples continued to spread his teachings among the people. At the same time, in order to preserve the teachings faithfully for posterity, they assembled in order to compile a body of scriptures. Their deliberations continued for several months, in order to ensure that there were no errors in their recollections of the teachings which each had heard from Śākyamuni. The body of teachings formally established in this way formed the basis for the written scriptures to appear in later times. 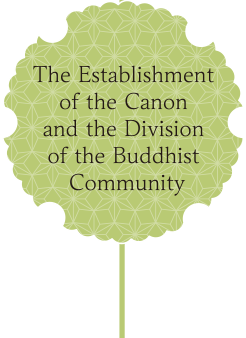 Initially, the Buddhist scriptures consisted of two major divisions, known as sūtra, representing a record of Śākyamuni’s teachings, and vinaya, the rules of monastic discipline laid down by Śākyamuni. In later times, commentaries on these two bodies of literature, collectively known as abhidharma, were added, resulting in the three divisions of the Buddlust Canon, or 'Three Baskets' (Tripiṭaka). Gradually there appeared differences in the interpretations of Śākyamuni’s teachings and the monastic code, and this led to a split in the Buddhist community, giving birth to two major groups, the conservative Theravāda School and the progressive Mahāsāmghika School. These groups each had their own body of scriptures, which became the authority for their respective views. 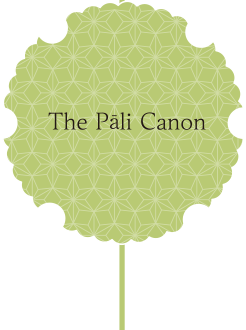 The Theravada branch of Buddhism later spread to Sri Lanka, Myanmar, Thailand and other parts of Southeast Asia. Its body of scriptures is known as the Pāli Canon, which is recorded in the Pāli language and consists of the three divisions of the s sūtra, vinaya and abhidharma. This Pāli Canon drew the attention of Western scholars at an early stage in Buddhist studies in the West, and critical editions and English translations have been published in Great Britain. The corresponding Japanese translation of the Pāli Canon (Nanden- daizōkyō), based to a large extent on these prior efforts, was published in the 1930's. 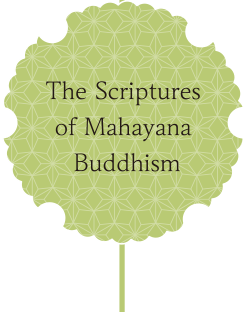 The progressive branch of Buddhism called itself Mahāyāna ('Great Vehicle') and developed its own body of doctrines. Its scriptures include works held in common with the Pāli Canon, but works on doctrine reflect the development and systemization of Mādhyamika, Yogācāra and Tathāgatagarbha theories. Later, Esoteric Buddhism made its appearance, and eventually Buddhism disappeared from Indian soil. 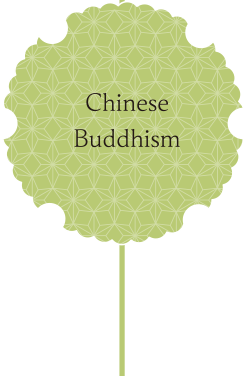 Buddhism entered China via Central Asia, and by the second century A.D. Buddhist scriptures were already being translated into Chinese. One characteristic of Chinese Buddhism is the important role played by translation, and many renowned monk-translators, including kumārajīva, Paramārtha, Hsüan-tsang and Amoghavajra, made their appearance. Being deeply versed in all three divisions of the Buddhist Canon, they were also known by the honorific title of' ‘Dharma Master of the Tripiṭaka.’
Interpretation is a necessary part of the act of translation, and in Chinese Buddhism interpretations not found in Indian Buddhism appeared. There are cases where there exist several translations of the same work, each by a different translator, and the works composed by Chinese also steadily increased in number. In order to bring some order to this duplication and volume, compilations of the Buddhist anon were carried out on several occasions by imperial order. In the early stages the scriptures were copied by hand, but during the Sung Dynasty wood-block printing was initiated.

Buddhism was introduced to Japan via China and Korea, and as a result the study of the original texts began only during the Meiji Era, in the latter half of the nineteenth century. Until then, Chinese translations formed) the basis of Japan's Buddhism, and this has resulted in considerable differences with Indian Buddhism. In the main, the Buddhist Canon as imported from China was used, but in the early Edo Period a monk by the name of Tetsugen, utilizing the Chinese editions as a guide, published the Ōbaku Edition.
Since the Meiji Era, the influence of Western scholarship has been considerable, and the study of the original texts has been actively pursued. Pāli and Sanskrit scriptures have been made available through translation to the general public, and the Japanese translation of the Pāli Canon, mentioned above, was carried out. In recent years, Tibetan Buddhism has also been attracting much attention.
Tibetan Buddhism, said to have been introduced from India in the seventh century, is strongly coloured by Esoteric tendencies. A Vast number of Indian Buddhist texts were translated into Tibetan, and resulted in the formation of the Tibetan Canon. To date, no systematic compilation of Buddhist scriptures has been discovered in India, and therefore the Tibetan Canon, translated faithfully from the originals, is of great importance. Since the Meiji Era, a number of Japanese Buddhists, including Kawaguchi Ekai, have even gone to Tibet in search of original texts. 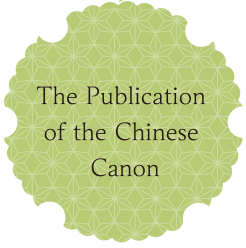 Pron1pted by developments in textual research, several new editions of the Chinese Canon, including the Shukusatsu- daizōkyō and Manji- zōkyō, were published in Japan towards the end of the last century and in the early years of the present century. These were followed by the publication of the so-called Taishō Edition (Taishō-shinshu-daizōkyō) in the years 1924-34. This edition was the result of the careful collation of the Korean Koryō Edition and other earlier editions, and aimed at the establishment of as correct and reliable a text as possible. It is this edition which is at present in general use in the Buddhist world.