“The Teaching of Buddha” is a collection of Shakyamuni Buddha’s teachings. We have compiled this easy to understand book so that everyone can receive these teachings. 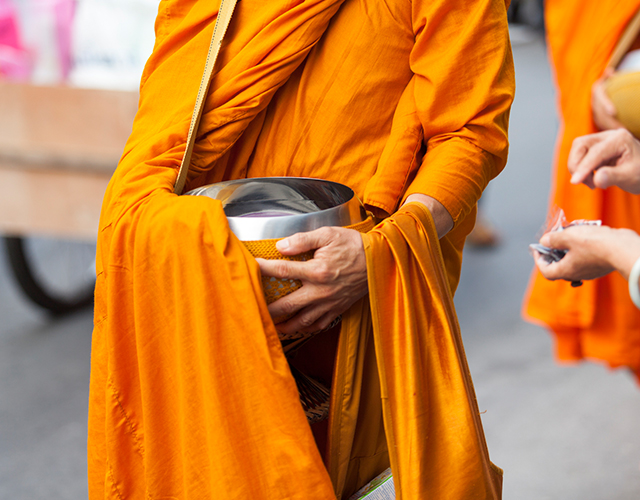 Shakyamuni, the founder of Buddhism reached enlightenment and attained the state of Buddhahood at thirty-five years of age. Before entering into Nirvana at the age of eighty, He gently shared his realization for forty-five years through various teachings that could be understood by anyone. After He passed away, his disciples assembled and examined the compilation of His teachings to pass them down to the succeeding generations. This compilation developed into the “sutra.” These teachings first spread in the Pali language as Theravada Buddhism spread to Sri Lanka, Thailand, Myanmar and Southeast Asian. Meanwhile, the teaching based on Sanskrit translations spread as Mahayana Buddhism entered into the western regions of China, Tibet, China, Korea and Japan. The sutras transmitted to China from India came to Japan through Chinese (kanji) translations. 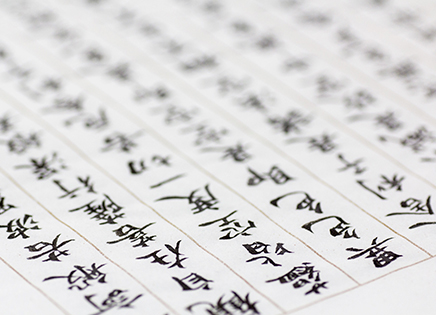 Modernization of the Sutra

“The Teaching of Buddha” is a collection of Shakyamuni Buddha’s teachings and not only contains the significant essence of the more than 5,000 sutras transmitted in Japan, but also includes selections from the Pali sutras transmitted to southern Asia. We have compiled these teachings into an easy to understand book so that everyone can receive these teachings, with or without any prior understanding of Buddhism. ※If you would like to receive a copy of “The Teaching of Buddha,” please contact our affiliate organization for your country. (For a listing of BDK affiliates, please see the “BDK Affiliated Organizations” section) In case, you are uncertain as to where to contact, please contact the BDK Japan office. 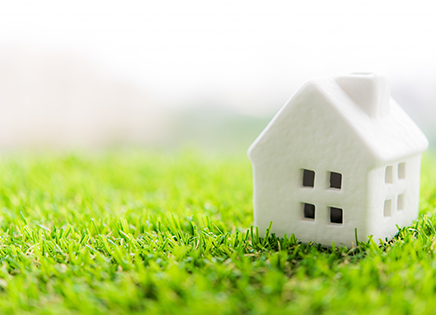 Guiding Principle in Your Life

In addition to presenting the life of Buddha and his teachings, we have created an index of topics concerning our actual life and mind, such as “Life,” “Culture of the Mind,” “Suffering,” “Daily Life,” “Family,” and “Society,” in order to make it possible to read relevant passages anywhere in “The Teaching of Buddha” on the website.

History of “The Teaching of Buddha”

This Buddhist text was compiled and revised on the basis of the Japanese edition of the Newly Translated Buddhist Text published in July, 1925, by the Association for Distributing the “Newly Translated Buddhist Text” headed by Rev. Muan Kizu. This first Japanese Edition was compiled by Prof. Shūaku Yamabe and Prof. Chizen Akanuma, in cooperation with many Buddhist scholars in Japan, taking almost five years to publish.

In the Shōwa Era (1926-1989), the Popular Edition of the Newly Translated Buddhist Text in Japanese was also published by the Association and distributed widely throughout Japan.

In July, 1934, when the Pan-Pacific Buddhist Youth Meeting was held in Japan, The Teaching of Buddha, the English translation of the above Popular Edition of Buddhist Text was published by the All Japan Buddhist Youth Federation, with the assistance of Mr. D. Goddard, as one of its works. In 1962, commemorating the 70th anniversary of the introduction of Buddhism to America, the Rev. Dr. Yehan Numata, founder of the Mitutoyo Corporation, published an English edition of The Teaching of Buddha.

In 1965, when the Rev. Dr. Numata founded Bukkyo Dendo Kyokai (Society for the Promotion of Buddhism) in Tokyo, the popularization of this English text throughout the world was planned as one of the activities of the Foundation.

In order to realize this plan, a committee to revise this Teaching of Buddha was organized in 1966. Members of the committee were Professors Kazuyoshi Kino, Shūyū Kanaoka, Zennō Ishigami, Shinkō Sayeki, Kōdō Matsunami, Shōjun Bandō and Takemi Takase. Prof. Fumio Masutani, Mr. N. A. Waddell, and Mr. Toshisuke Shimizu also worked on the revision. Thus, an English-Japanese edition of The Teaching of Buddha was published using contemporary language verbiage.

In 1972, on the basis of this English-Japanese edition, Professors Shūyū Kanaoka, Zennō Ishigami, Shōyū Hanayama, Kwansei Tamura, and Takemi Takase undertook the compilation of an updated English version, which was published in the same year.

Next, a committee consisting of Professors Ryōatsu Shioiri, Takemi Takase, Hiroshi Tachikawa, Kwansei Tamura, Shōjun Bandō and Shōyū Hanayama (Editor in Chief) was organized to recompile the Japanese version of The Teaching of Buddha, and this was published in 1973.

Again, in 1974, a committee consisting of Professors Kōdō Matsunami, Shōjun Bandō, Shinkō Sayeki, Dōyū Tokunaga, Kwansei Tamura, and Shōyū Hanayama (Editor in Chief) was organized to recompile the English version of The Teaching of Buddha, which they did in cooperation with Mr. Richard R. Steiner. This was combined with the Japanese version (published in 1973), resulting in the publication of a revised version of the English-Japanese edition of The Teaching of Buddha.

Then in 2013, the Society for the Promotion of Buddhism (the Buddhist Promoting Society) changed its organizational status from "Incorporated Foundation" to "Public Interest Incorporated Foundation." On the occasion of this change, the editorial committee membership was reconstituted with Professors Sengaku Mayeda (Editor-in-Chief), Zennō Ishigami, Kiyotaka Kimura, Kenneth Tanaka, Makio Takemura, Yasuaki Nara, Chizuko Yoshimizu, Yoshiyasu Yonezawa, and Shōgo Watanabe. The committee meets annually to strive toward making The Teaching of Buddha respond to the needs of contemporary society.

The Purpose and Significance of Distribution of “The Teaching of Buddha”

Buddhism for the Perfection of the Human Mind

What is needed in this present materialistic society which has no heartfelt foundation, is the realization of a peaceful society where everyone can entrust themselves. Attainment of a peaceful society will be completed only upon the perfection of the human mind, and for this purpose, there are the teachings of Buddha.
Shakyamuni sought the path of transcending sufferings in this disillusioned world. The practice of his teachings means to discover the true meaning of life. When we truly entrust ourselves to the teachings of Buddha, our uncontrollable reality will be transformed into gratitude for life as it is, and the path for the perfection of human mind will be opened.

It has been Bukkyo Dendo Kyokai’s sincere wish to make “The Teaching of Buddha” book available to the whole world through hotels, schools, and public institutions.
To date, we have distributed over 9.6 million copies of the book to 63 countries, and the books has been translated into 46 languages thus far.

For the last fifty years, it has been BDK’s sincere wish to make “The Teaching of Buddha” book available to the whole world. To date, we have distributed over 8.4 million copies of the book to more than 60 countries and regions, and the book has been translated into 46 languages thus far.